“It is better to light a candle than to curse the darkness.”      – The Christophers

When Nelson Mandela died a few years ago, many leaders around the globe commented that, “a great light has gone out of the world.” Mandela was called a “guiding light in a world rife in darkness” who transformed his country and inspired so many people around the globe.

Nelson Mandela taught us that what leaders do is bring light to the world. Leaders inspire others, not through their position, but through the brightness of their presence. During the dark times of our lives we are reminded to have the clarity and the courage to bring light to those we love and serve. Lighting the world of darkness is a vital aspect of leadership.

As a leader, how can you bring ‘enlightenment’ to the world? How can your presence impact and inspire others more fully? Below is some of what I learned from studying the life of Nelson Mandela, the remarkable leader who inspired the world by being who he was.

May we each set aside time to reflect upon own unique, authentic ways to rekindle our own inner light and bring that light more brightly to the world that we lead and influence. The world needs, and wants, our gifts. 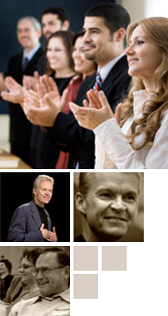